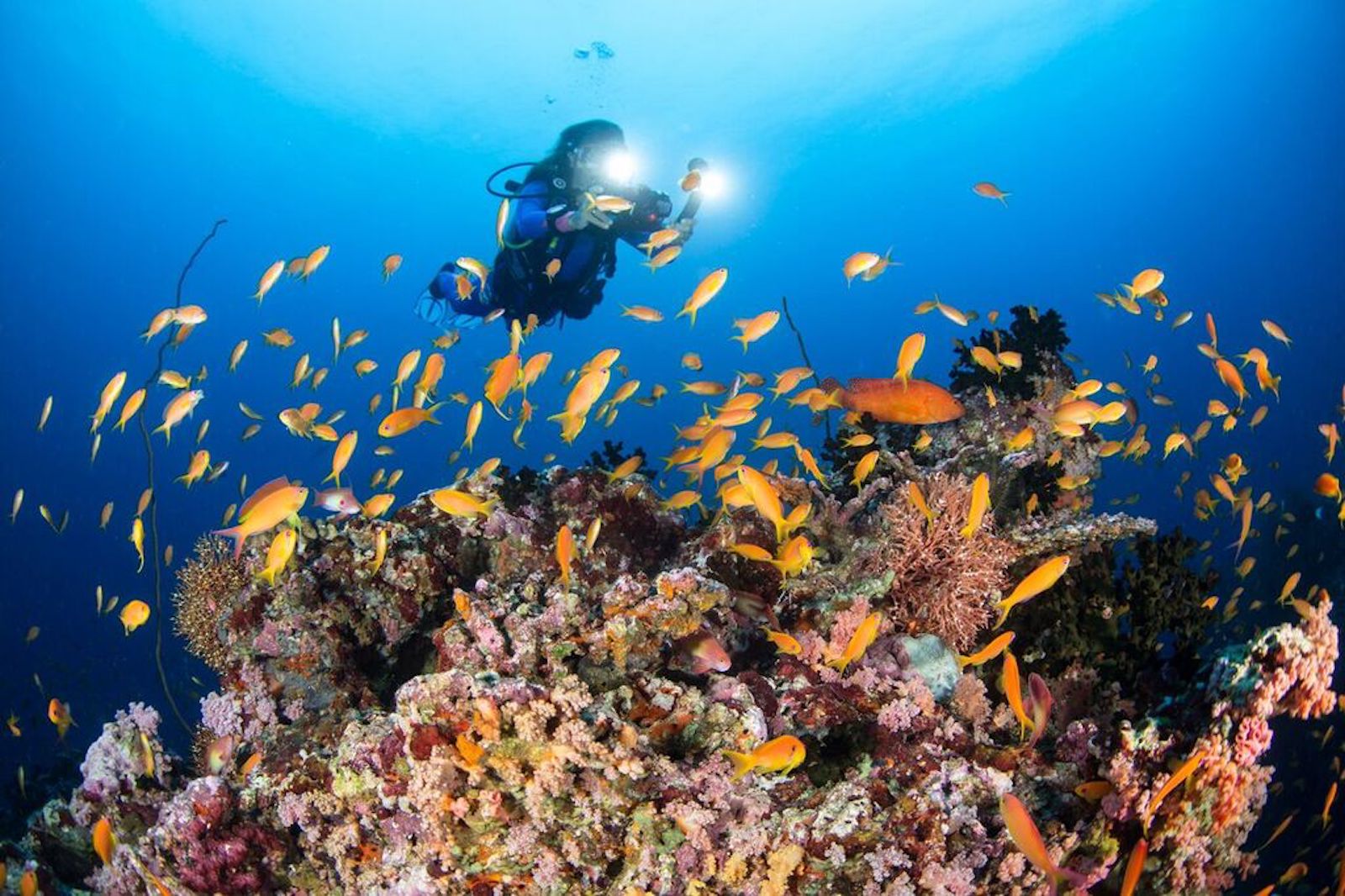 Fish relationships come in all types; some are easy and others are more difficult. Some fish live in families or harems, some in pairs and then there are the ones who live completely on their own. Here are are few of the relationships we spot while diving and snorkleing in the Maldives.

Harems form when there is only one or two males and many females living together. The males usually guard and protect their females from other males and potential threats.

Parrot fish live in harems. Most parrot fish are born female and will change their sex if or when needed. If the male in the group dies, then the largest female will change and become the new male. The males are usually bigger and are brightly coloured in blues, greens and yellows. The females are smaller and are a darker grey, red, or pink colouration.

Anemone fish or clown fish live in groups in their special home an anemone. Males make up most of the colony, while a single female rules. There is one breeding male, and he is the only one to mate with the female. He will also protect and look after eggs. When the female dies, the breeding male will change its sex to female. The biggest of the other males will then become the next breeding male to maintain the colony.

You find some fish species in pairs. This is true for rabbit fish, butterfly fish and dart fish. It is not always for mating though.

Rabbit fish in the Maldives can be found in pairs. The way the fish feed is believed to be the reason. They are grazers nibbling on algae found on the reef. One will graze and the other will keep look out and warn if there is any danger.

Some butterfly fish pair up to defend their territory. It is much easier to guard with help, sometimes even multiple pairs work together to protect their areas and food source.

Dart fish you often find in monogamous pairs. These pairs are either alone or sometimes they form groups. It is thought that the pairs mate and lay eggs in a burrow that the male guards. But there is still a lot to learn about dart fish.

Keep an eye out next time you’re on the reef for different fish relationships!