In the Laamu Atoll the focus is on turtles 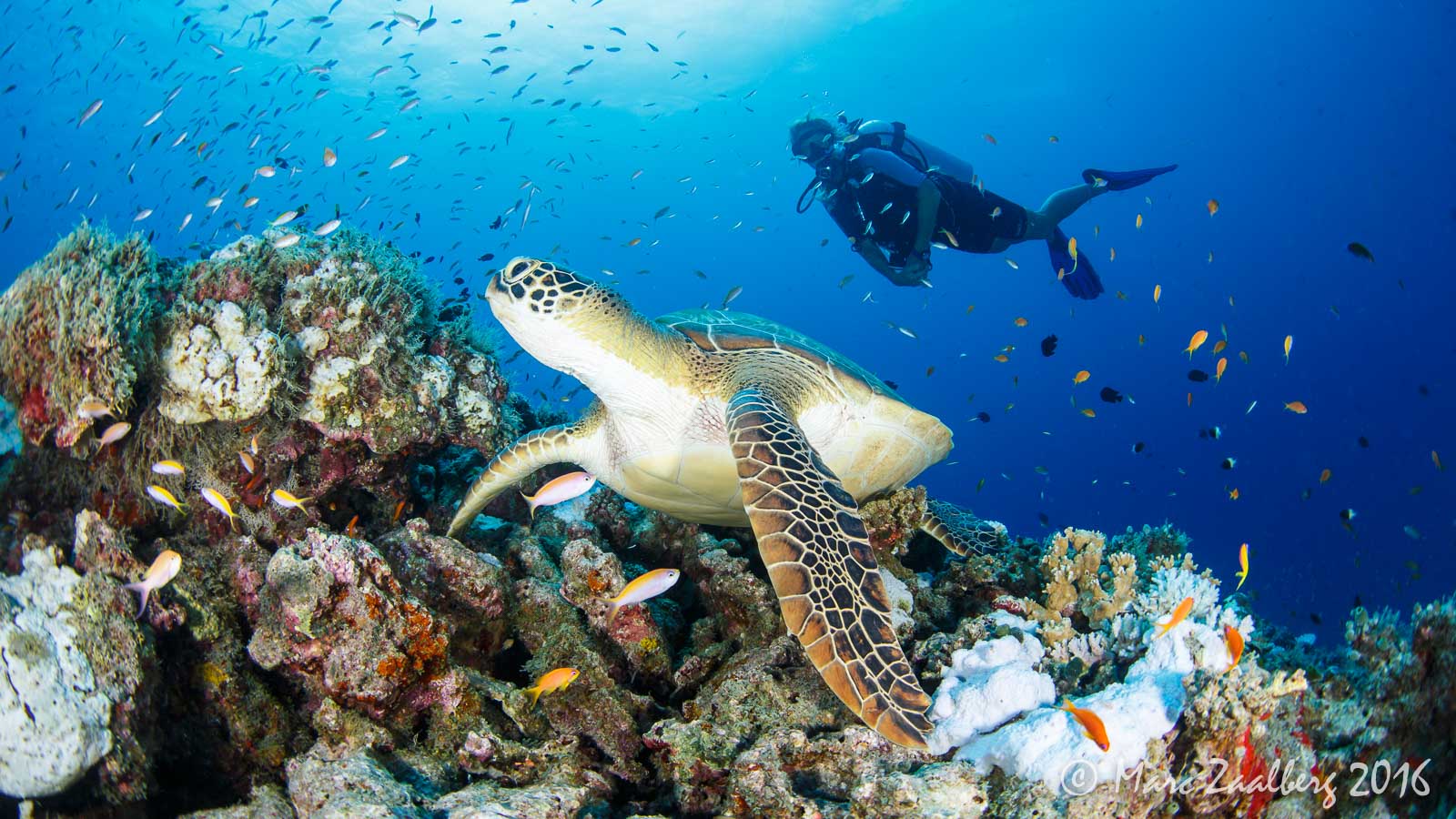 On 30th of April we gathered for the first “Save the Sea Turtle Festival” on the local island of Maavah in the Laamu Atoll and on 23rd of May we celebrated “World Turtle Day” here at Six Senses Laamu. Worldwide six of seven sea turtle species are classified as threatened or endangered – poaching, illegal trade of eggs, meat and shells, commercial fishing, loss of nesting habitat and ocean pollution are partly to blame. Those great action packed days gave us plenty of opportunity to highlight the plight of turtles, unite the islands of the Laamu Atoll, raise awareness and provide education. The different activities for both occasions included: the presentation of a huge turtle sculpture created entirely of rubbish which we previously collected on the beach and from the sea, a t-shirt design contest, a drawing contest, sand sculpture competition, turtle spotting on our snorkel trip, a dive with the house reef turtles together with renown conservationist photographer Joanna Lentini as well as photo & slide show presentations. The all day Sea Turtle Festival had 600 attendees – students from the different schools, parents, local officials, and residents from various islands of the Laamu Atoll, the Manta Trust team, Six Senses Laamu hosts and even officials from United Nation officials and the police department. On World Turtle Day even the turtles knew the focus was on them as they showed up in big numbers, throughout the day altogether 20 turtles came to have a look at our divers and snorkelers!! In the Maldives all marine turtles, their eggs and habitats are declared protected and any act of violation is punishable. With both days being such huge eye-opening experiences for many of us, we now want to look forward and take pride in saying “Turtles in Laamu – safe and protected”