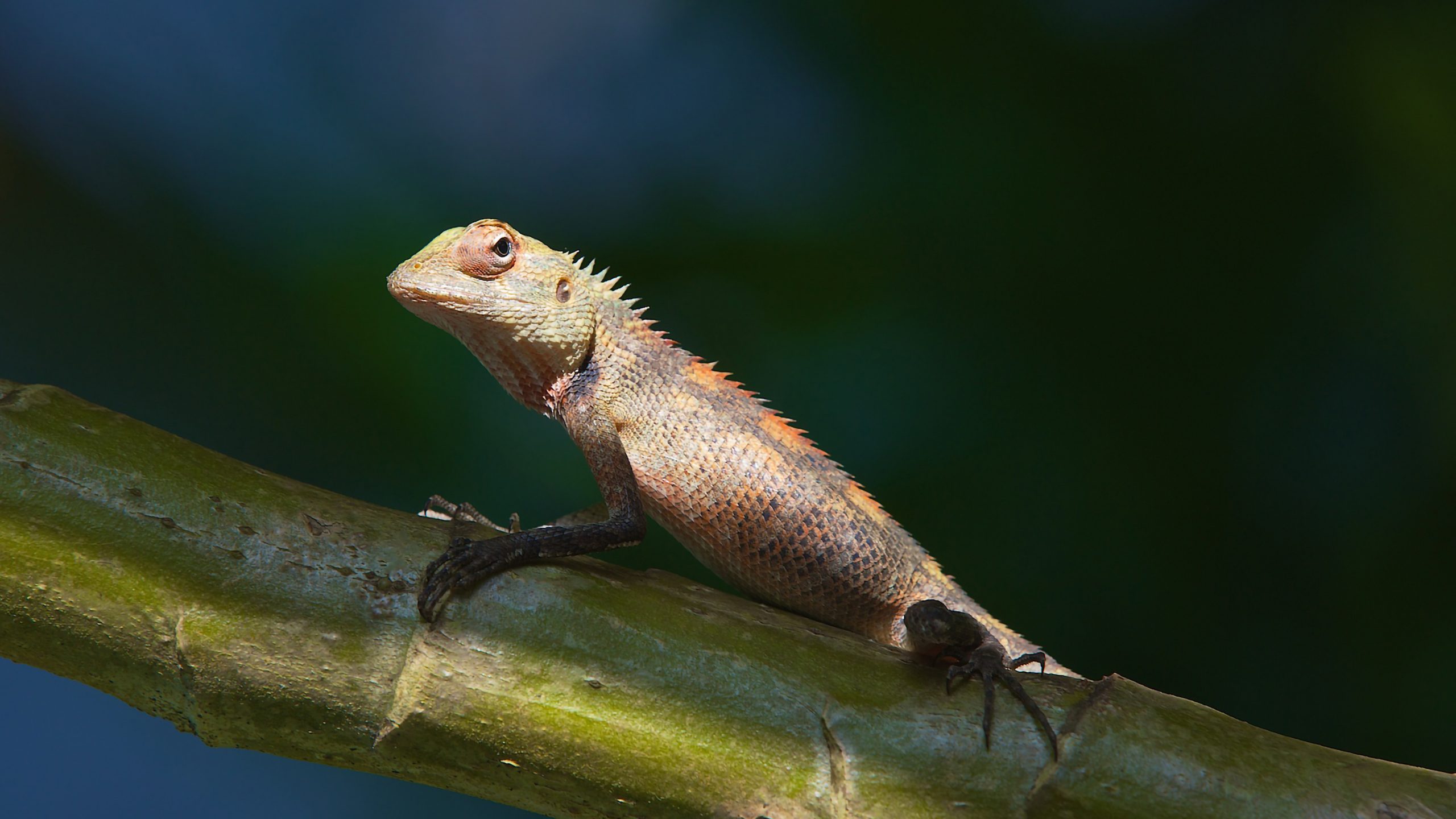 The Maldives is made up of thousands of tiny islands surrounded by the big blue. Only a handful of land-based animals live here. We get bats, birds, lizards and geckos.

The Maldives is home to the Garden lizard, also known as the blood sucker. These are the largest lizards you’ll find here. Including their tail, they can reach a size of 37cm. They are also able to change their colouration. Generally, they are a brown or grey, but during mating season the males will change colour. They can turn their faces, throats and even their tails red or yellow in order to attract a mate. Even though the name blood sucker sounds scary they pose no threat to humans. Their main diet consists of insects, sometimes a small rodent, or even other lizards and geckos.

Are both lizards and geckos losing their tails

The garden lizard is unable to drop / loose its tail, a trait many other lizards and geckos have. The dropping of the tail is a defence mechanism. The tail still thrashes around once detached from the body, this providing a good distraction to the predator while the lizard makes a quick getaway! Bloodsuckers are not able to do this, instead they keep their pointy stiff tails which can grow very long.

You can actually hear geckos

There are many geckos that you will see and hear while in the Maldives! Their favourite hangout is around light bulbs. Here the bright lights attracts plenty of insects which they prey on. Geckos can be extremely noisy. They are able to make high pitched shrieky chirps. By the sound alone you would expect the animal to be much bigger. Some might even mistake it for bird’s call.

Did you tell the truth – the gecko will know

Maldivian Folklore believes that Geckos have powers that enable them to tell if someone is telling the truth or lying. If a chirp of a gecko interrupts a person who is speaking during a conversation it means that he or she is telling the truth and is trustworthy. If there was a gecko present during a conversation and it made no sound it would mean the talker is lying and cannot be trusted. This is not used so much today, but you do occasionally get the odd superstitious person that still turns to the gecko for wisdom.

Sticking to the wall

You will spot geckos scaling up walls or other vertical surfaces and even scurrying upside down along the ceiling. How are they able to do this without falling off? Geckos have extremely sticky feet. Their feet are covered in tiny little hairs called setae, then each setae splits into even more microscopic hairs called spatulae. These hairs allow them to make such close contact with surface that the van der Waals force applies. This is a force that works due to the extreme closeness of two things creating an electromagnetic pull between them due to their electrons interacting with each other. In this cases the tiny microscopic hairs on geckos feet and the wall.

While in the Maldives keep a look out for lizards and geckos scurrying along the sand, or even in your room! We challenge you to getting photos as it is very difficult to get up close before they dart away up a tree or wall.