Does size matter when it comes to Mantas? 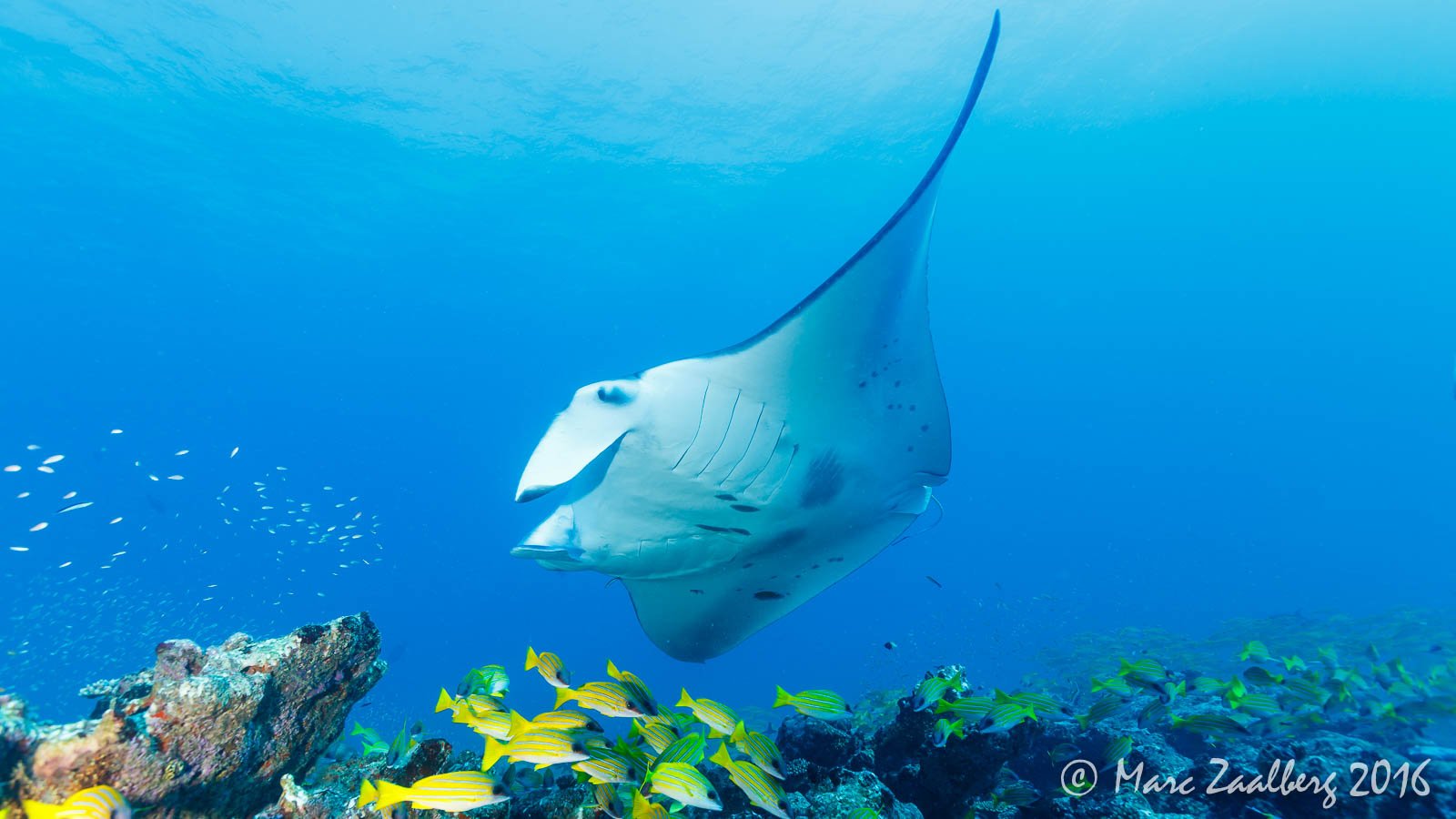 As of August 2017, Ocean Dimensions are now diving & snorkelling in the Unesco Biosphere Reserve in the Baa Atoll at Kihaa Maldives Resort – the closest resort to Hanifaru Bay. We hope to see you there!

Does size matter when it comes to managing manta rays? It does, according to Dr. Mark Deakos from HAMER – the Hawaii Association for Marine Education and Research. He has joined Ocean Dimensions, Manta Trust and the Six Senses Laamu Resort for the month of June, to help with their research and train their scientists. He has come all the way from Hawaii where he completed his PhD on manta rays, only the second in the world at that time. One of his objectives is to measure the size of the 113 manta rays that have been photo-identified by their ventral spots that visit Manta Point, a popular cleaning station, 20 m below the surface on a reef fringing the small island of Hithadu. This is one of the only places in the Maldives where manta rays can be observed all year-around. They visit the cleaning stations to have parasites removed from their outer body and inside their gills and mouth, together with the turtles, eels, groupers and a myriad of other fish.

How do you passively measure a wild animal that can reach sizes beyond 3.5 meters long? The technique is called paired-laser photogrammetry and consists of shining two green laser pointers, which are mounted next to the camera a distance 60 cm apart and in perfect parallel, onto the target you are trying to measure. When the photograph is taken, the two green dots appear as a  60 cm scale on your manta ray image. If the manta ray is perpendicular to the camera and entirely within the frame, the scale can be used to measure the disc width of the manta ray (from wing tip to wing tip) in Photoshop.
Ocean Dimensions has played a key role in supplying the necessary dive and technical equipment helping to achieve measurements on 19 females and 12 males thus far. The largest female, affectionately known as “Batmanta” measured was 3.48 m, 13% larger than the largest male, affectionately known as “Sameena” measured at 3.04 m. This is not surprising given females are sexually dimorphic, meaning they grow larger than the males do, likely an adaptation to giving birth to single large calves (every 2-5 years) with a disc width of 1.8 m. With over one quarter of this population measured, it may be surprising that no manta has yet been sized less than 2.7 m. However, this aligns with the findings that Dr. Deakos has made in his Maui manta population, “age-class segregation”. In other words, younger animals are using different habitats and only once they reach a certain size or age do they begin to integrate with their older, more mature colleagues at Manta Point. This  segregation is important information to have when developing a population management plan that ensures these small, slow-growing populations continue to thrive for generations to come. Size information can also inform us about the size at which they reach sexual maturity of growth rates of individuals. These findings will be submitted for publication in a peer-reviewed scientific journal.