New base leaders at Ocean Dimensions in Raa Atoll 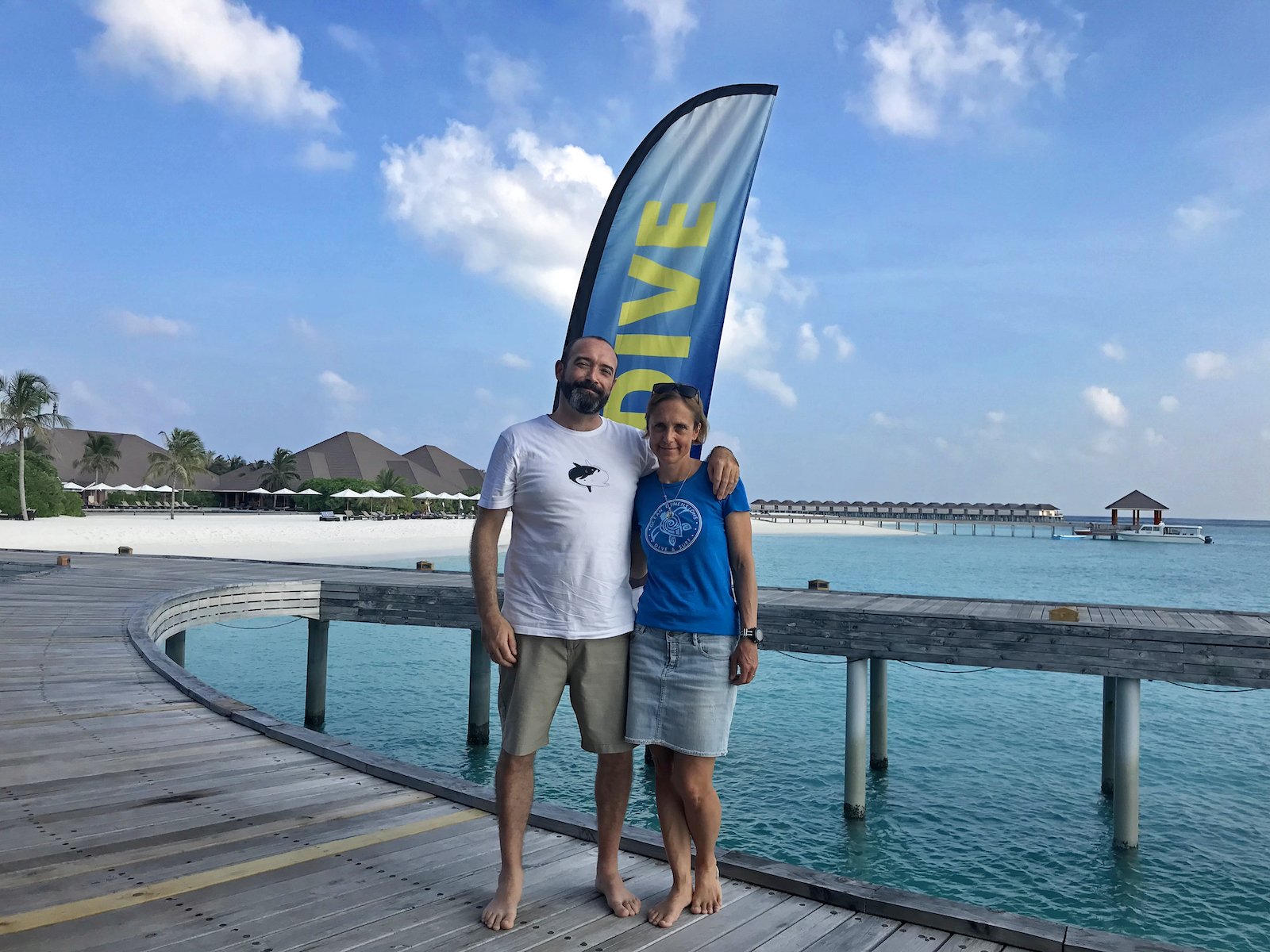 We would like you to meet our new base leaders at Ocean Dimensions, Kev from Ireland and Sim from Germany. Let’s have a look how they got here. Not to this island (they took a seaplane like everyone else), but to this point in their diving journey. Let’s work our way back.

Kev and Sim spent the past year and a half in Germany in a small town outside Frankfurt. This is where they took refuge from the dreaded COVID Pandemic. They were getting back into “normal” city life with Kev working in digital media and Sim working as a teacher in a local school. Still, scuba diving was never far from their minds. In fact, they were still doing some diving in German lakes to keep the flame alight. Yep, it was cold and sometimes dark, but it was diving! They even taught a few courses!

As Base Leaders in

Before the pandemic, Kev and Sim were based in Indonesia. They were lucky enough to be stationed for one year in the rustic village of Labuan Bajo in Flores, better known as the gateway to the infamous Komodo National Park. Aside from the renowned Komodo dragons, it is also in the heart of the coral triangle. It is home to world-class diving, similar in many ways to the Maldives. Clear warm water, running current and abundant marine life, including big pelagic’s like sharks and mantas.

Before this, they spent two and a half years between the bustling metropolis of Singapore and the tranquil calm of a private luxury resort just over the border in neighbouring Johor, Malaysia. They managed the dive operations for a company, offering diving and marine conservation programmes to individuals and international school groups.

Going back further and they were in the Maldives from 2014 – 2016 stationed in North Ari Atoll, first as instructors and then as base leaders. This gave them their first taste of regularly diving with the big stuff, and it is where they broke their teeth diving in strong currents.

Going back to Thailand in 2008 is when Kev and Sim met and where it all began for them as a diving couple. They worked there for the next six years, immersed in the ocean lovers lifestyle. They spent their time learning and teaching (and occasionally partying) and gained their PADI & SSI professional ratings. During this time, they each taught 500+ students in various levels of dive training, from beginner to pro and have stayed in touch with many of their old students to this very day.

Back in the Maldives

Skip to the present day, and here they are back in the Maldives and back in the ocean. By all accounts, they could not be happier. They are looking forward to making new buddies above and below the waves.

Keep an eye out for them when you come to Brennia Kottefaru!