New species in the Maldives? 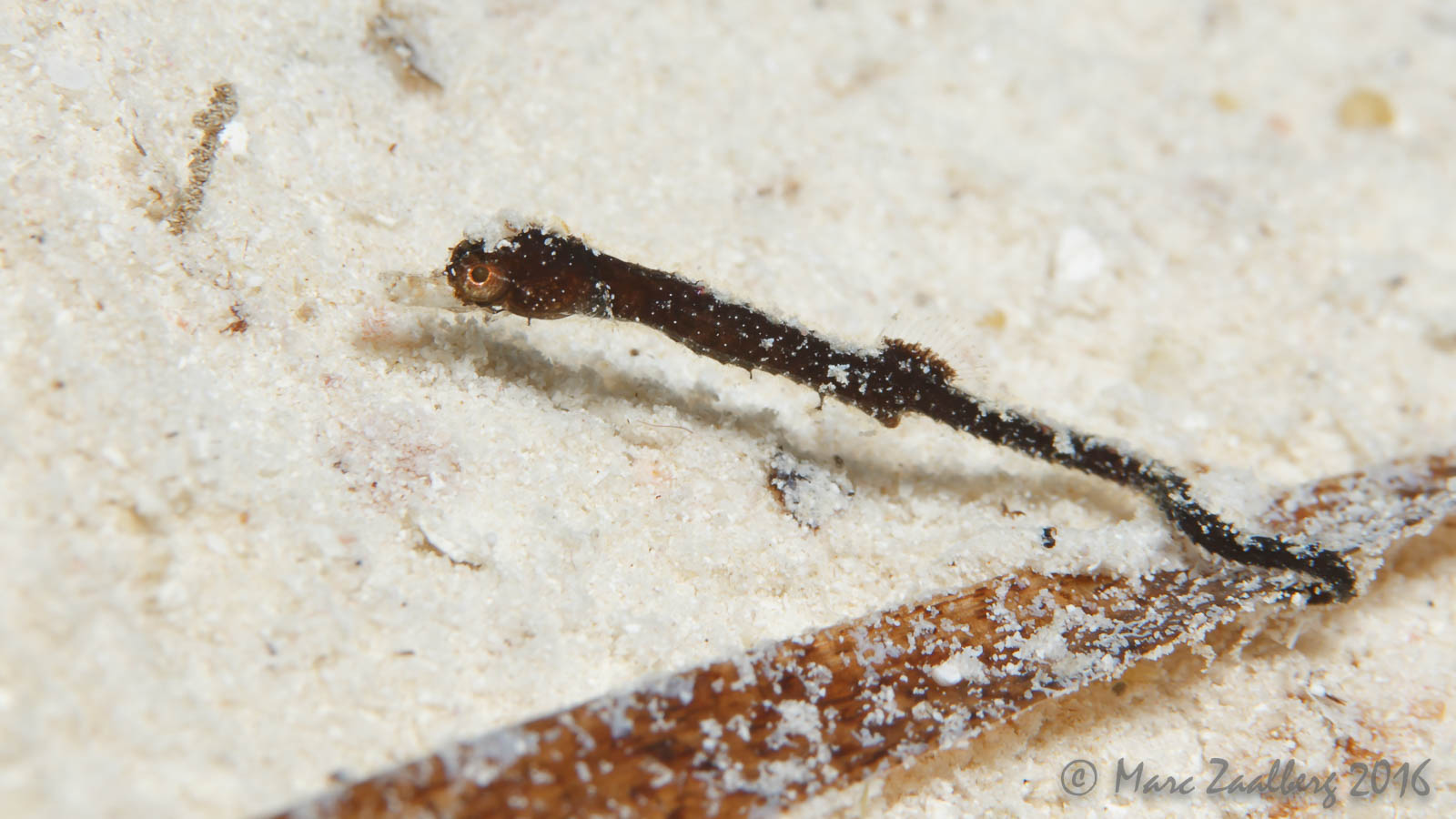 Marc & I have been diving in the Maldives since 20 years but this is the first time we have come across this one! After looking in books and websites we have come up with the possibility that it could be a “Shortpouch Pygmy Pipehorse” or did we find a new species? Who has seen this fish before? I never knew it existed until today! Eagle eye Six Senses Laamu Marine Biologist Oscar spotted it during a survey dive on the house reef today at around 20 meters. It is approximately 3 cm long. About a year ago we found a black sea horse in in the shallow water of the lagoon on the ocean beach villa side. With its curled up tail it was holding on to some seagrass for a couple of days until it drifted off again. Luckily it was holding on long enough for the underwater photographers to take pictures as proof that seahorses do exist in the Maldives as they are very rare. Still pretty seldom but more often we find seagrass ghost pipe fish at our house reef and we even had a resident ornate ghost pipe fish at Reethi Haa for a couple of months. Much easier to spot are the banded pipefish which we find for example at Uthuru Haa. All three species are related – distant cousins so to say. They blend in very well with the environment and are very hard to spot which of course is helpful for their protection. For all three species the female takes the eggs to the sperm, she then deposits them into the male special belly pouch were they stay until they hatch. Let’s keep our eyes peeled for new species!