Octopus, the master of camouflage 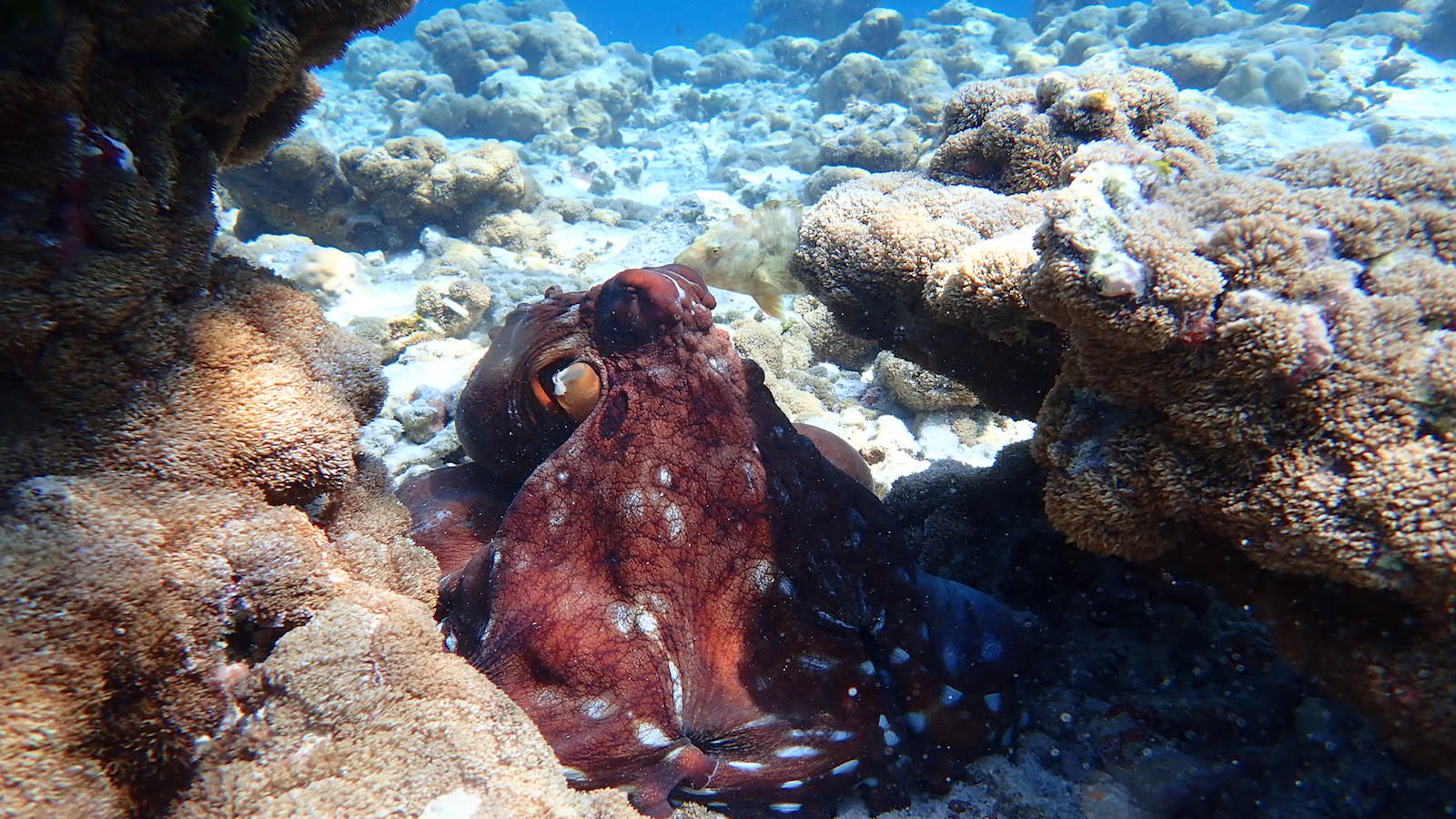 While manta season is slowly coming to a close, we have noticed a new sea creature making regular appearances in both our diving and snorkeling trips, octopus!

Octopus are Cephalopods, and are actually part of the Mollusca family, meaning that they are a close relative to snails and shellfish. Octopus are considered one of the most intelligent invertebrates in the world.

Due to their soft bodies, octopus are able to manipulate their shape. This allows them to squeeze into or out of tight and difficult spaces, helping them to hunt, hide and escape from predators or even their enclosures!

Octopus are able to change color, this for both camouflage and communication maybe even helping them find a mate. Mating happens at just the right time, depending on various environmental factors such as temperature, light and nutrition. The male will use one of his 8 arms, that is adapted just for the purpose of insemination, to deposit sperm into the females’ body. He doesn’t want to get too close to the female as in some species the female is known to eat the male after fertilization. Once mating is complete the male with rapidly age and die within a few weeks. After laying her eggs the female will guard them without leaving, not even to eat. She too will die once her eggs have hatched.

The baby octopus will float freely, going with the flow of the ocean during their larval stage. Once big enough they will settle on the ocean floor or in our case along the reef and develop into adults. On average an octopus live span is only between 1-2 years.

We must have had a big octopus’ larval settlement lately, maybe it has something to do with the changing monsoon. We aren’t complaining though, we do love the show that the octopus are putting on for us when we see them!