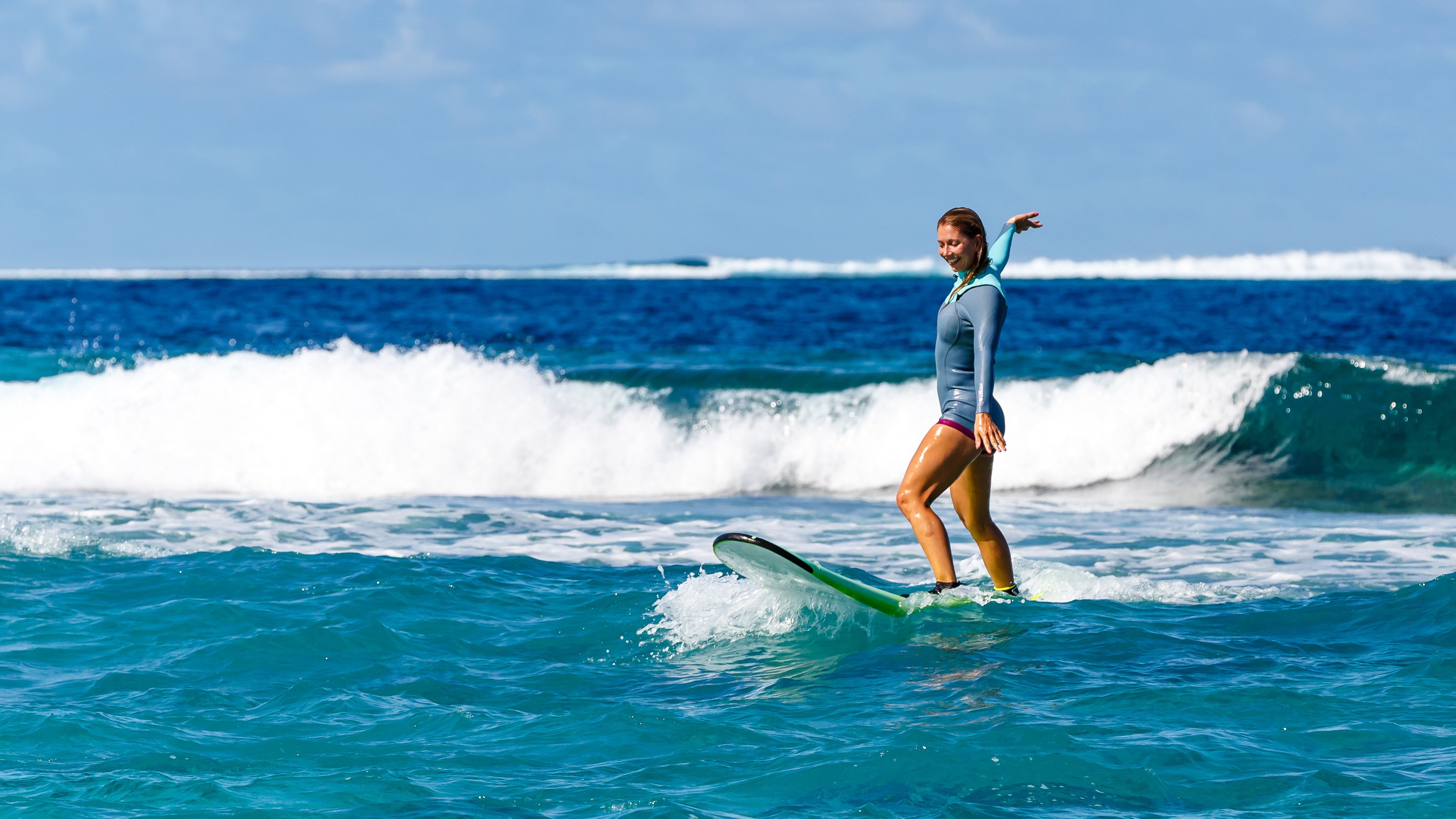 Professional kite boarder Alexandre Caizergues holds the speed record of 104 km per hour, which is the average speed on a stretch of 500m, and can you imagine he does this just wearing a helmet and an impact vest! In July Alex and his partner Marie Desandre, who is also a professional kite boarder, stayed with us at Six Senses Laamu for the second time. The first time both were invited guests to the Water/Wom/Men Event held for Six Senses Laamu’s opening in 2011 to create awareness of waters’ immense value not only for sports but also life. They were amongst watersports champions like Bethany Hamilton and Layne Beachley but also founder of water charities and activists like Fabienne Cousteau and Darryl Hannah. For their kiteboarding competitions both travel a lot and get to places like Morocco, Australia, Namibia, Kenya and to a competition in San Francisco at the beginning of August. I imagine there might be a slight drop in water temperature! But the last week of July both were relaxing here with us and as we did not have the wind speeds they are used to, Alex and Marie took surfing lessons. It appears that any kind of watersport is in their blood – they are looking pretty good on their boards and are having lots of fun.