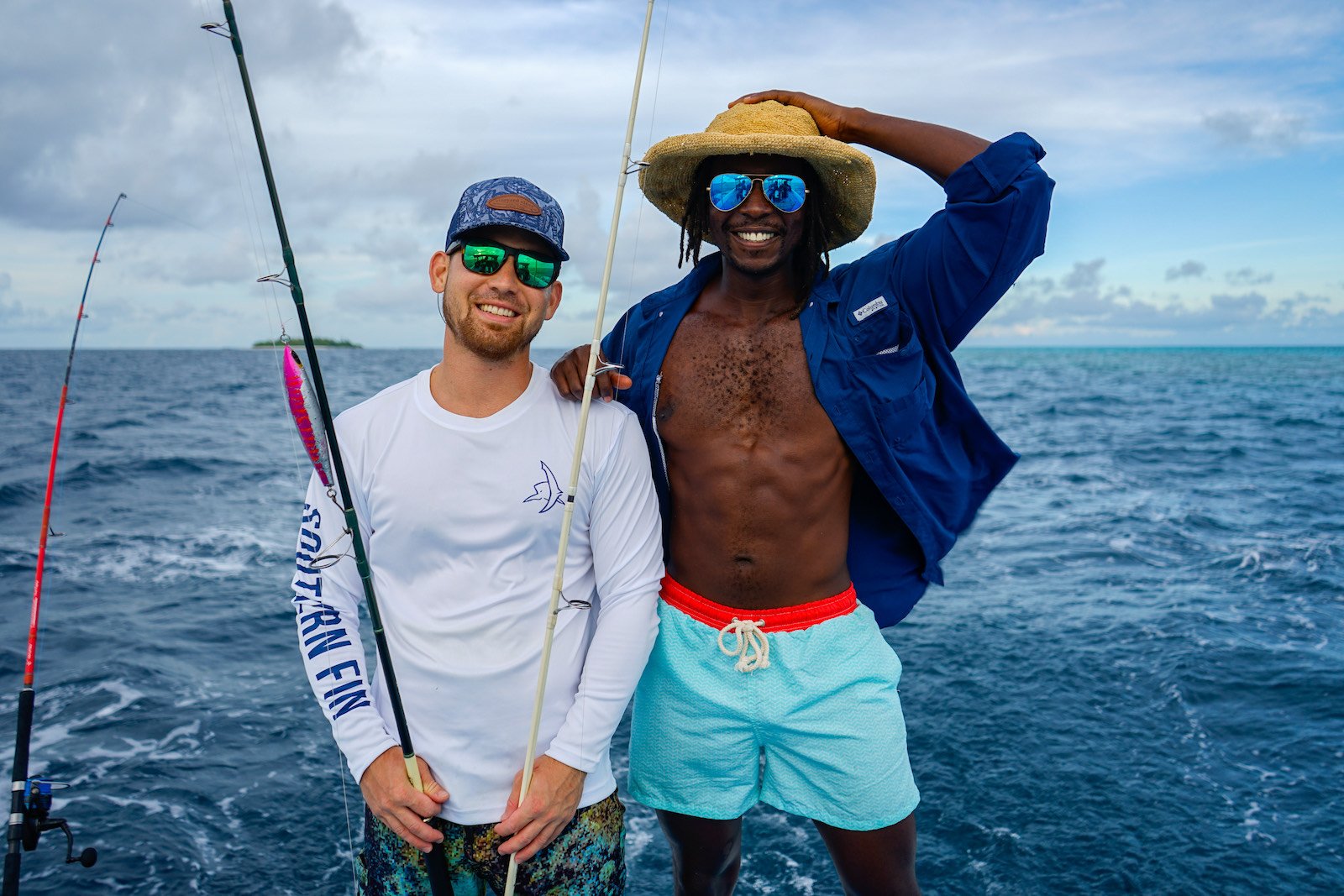 They just wouldn’t bite! It didn’t matter what the variables were: bait-type, time of day, nor the location. The Blacktip Reef Sharks in the Maldives were simply not interested. Watching these sharks constantly turn away from me, I became despondent. It felt like “la mar” (the sea), was withholding her favour from me. This was also troublesome because without shark samples, I wouldn’t have any data for my Ph.D. The gravity of this situation was not lost on me.

But why weren’t the sharks biting?

As it turns out, these sharks have a social capacity to learn about the threats in their environment. They transfer that knowledge and collectively avoid the danger (Mourier et al. 2012). Their strong sense of community gives them strength in numbers as their individual size is rather small in comparison to other predators in their surroundings. The exact mechanism by which this communication happens is not well known, but there is evidence of it. While this was terribly exciting to realize, it still left me completely without any samples. Alone, on a remote island in the north of Baa Atoll. I had time to consider my next move. I needed help…so I called my great friend and master waterman, Walker Nambu.

Waterman Walker Nambu from the USA

Years ago, Walker and I worked together on my Hammerhead shark research in South Africa. Since then he went on to lead his own research at the Bimini Shark Lab in the Bahamas. Walker’s field experience eclipsed my own. When the time came for me to phone it in, I knew there was only one person to call. Walker and I spoke at length about the methods I was using and how the sharks responded to it, but it still wasn’t adding up! After much discussion, we developed a plan of attack. This involved using two different techniques: (1) a more active fishing method and (2) a completely passive method. Walker also decided to come out and lend his experience to my research once again.

Those first two weeks together here in the Maldives were quiet. The tweaks we made to the protocol hadn’t yet produced results, but the sharks were definitely there…we knew it was just a matter of time. We kept making adjustments, barely finding time for breaks, as we continually spent our days and nights at sea.

The first technique we employed was a fast moving bait to help trigger the shark’s hunting response, since they seemed suspicious of the stationary bait. They gave chase, but we still didn’t get a nibble. Then, during the April full moon, we got our first bite. Apparently, the key to our success was celestial! Previous research actually revealed that sharks have a preference to certain points of the lunar phase that have the strongest influence on the tidal cycle (Papastamatiou et al. 2015)! With the motivation from this first specimen, we passionately chipped away at the sampling effort.

Eventually, our tissue bank was filling up, and we felt confident enough to attempt our second technique, which was a passive sampling method using a stationary net. The net was designed to be inconspicuous so it would not alert the sharks and thus not trigger their defense mechanism. The results spoke for themselves. We were able to safely capture these sharks at an even higher rate! By the time the new moon came around, we had exceeded our sampling target with yet another rush of sharks responding to the lunar phase.

Working with sharks in the wild for 10 years has taught me that one can expect to learn something new about these animals every time. However, I think the most important lesson I learned from this field season is that achievements in science (and life) are not isolated events. It takes the support and creativity of many individuals, and with time and luck, it all works out. Similar to these Maldivian sharks, I found strength in numbers. Working solo, on the other hand, got me nowhere quickly.

I want to give a special thanks to Walker, whose valiant efforts brought my shark research back from the brink. He is a great friend, but a better waterman, there is none. Thanks also to Shark Project for supporting Walker and I, and also to my colleagues at Kihaa Maldives and Ocean Dimensions for giving us the necessary backing that allowed us to be successful! I couldn’t have done this without you all!

Butterflies of the Maldives
Do fish sleep?
Latest News
Follow us on Social Media
FacebookTwitterInstagramGoogle+Rss