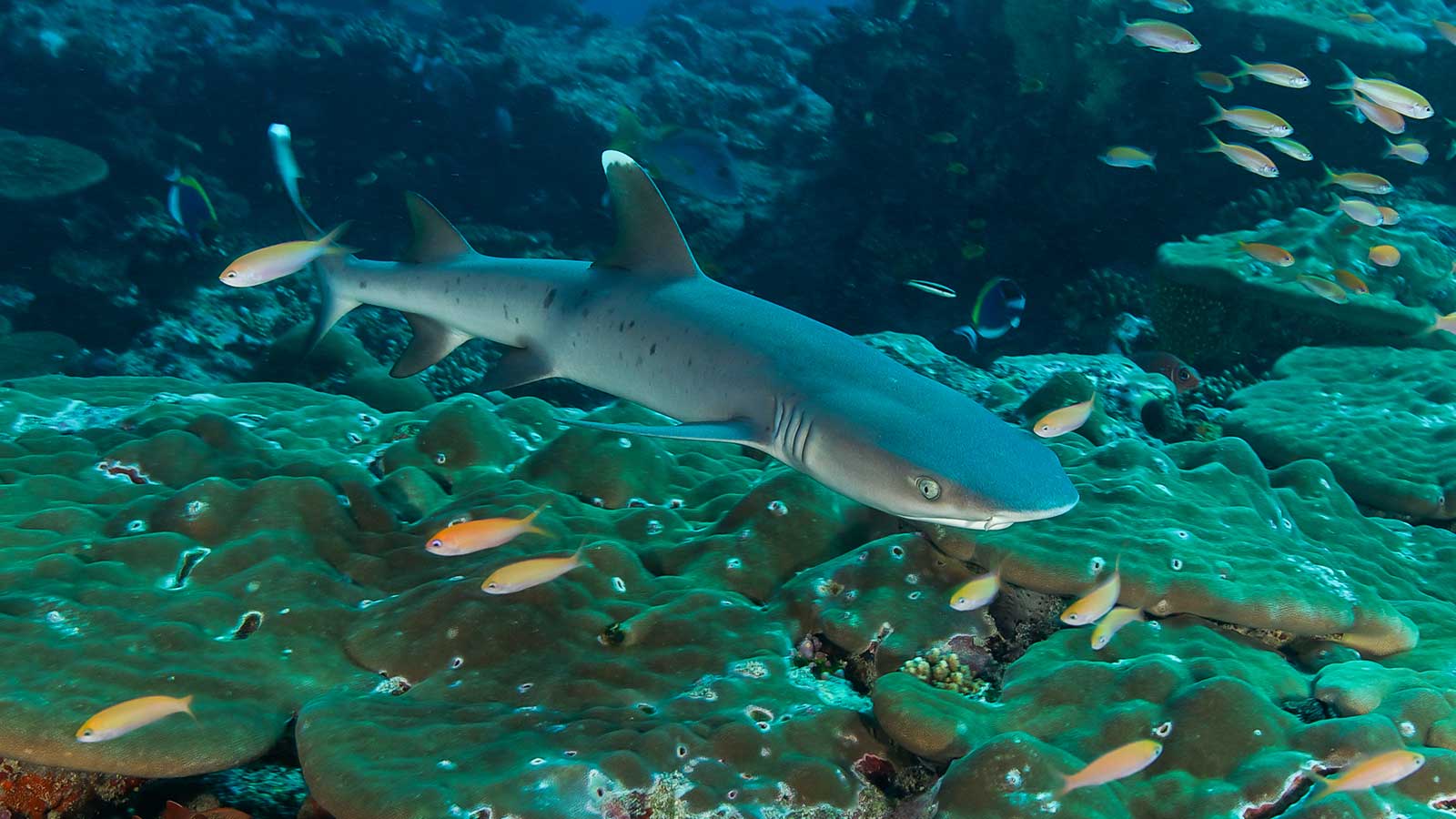 Here at Six Senses Laamu we are regularly graced by the company of an array of sharks on our reefs. Our divers delight in the sightings of the different species we have cruising around.

Our oceans are full of surprises, no boundaries, just space and freedom so anything is possible. Part of the joy of diving is the anticipation of what you might see and who knows what creatures may decide to visit the reef at the same time as you…..keep diving!

Does size matter when it comes to Mantas?
What is a Channel Crossing?
Latest News
Follow us on Social Media
FacebookTwitterInstagramGoogle+Rss