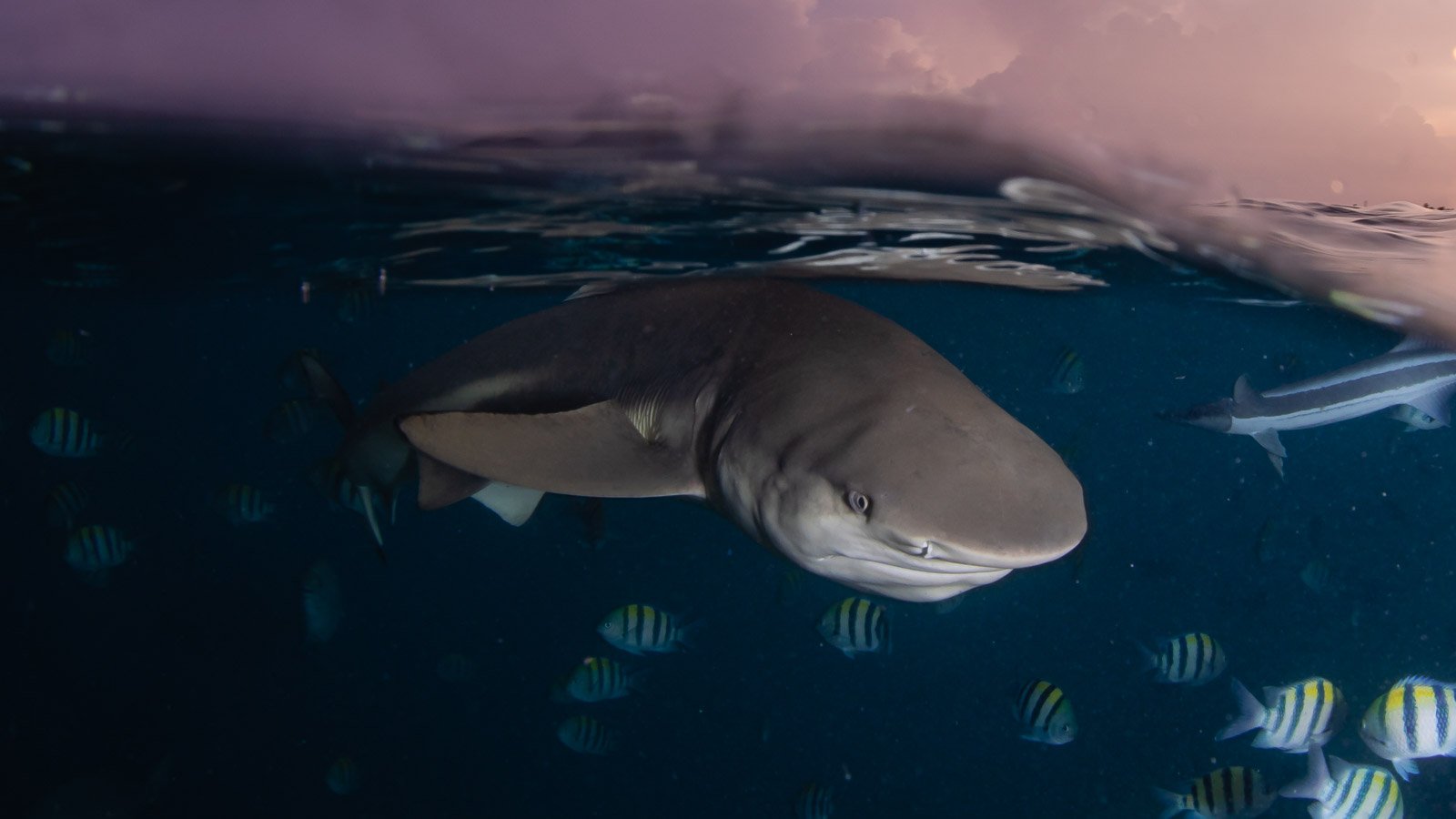 If you like, you can go snorkeling with blacktip reef sharks in the Maldives. In almost every island lagoon are little black tip reef sharks cruising in the shallows. Often you can see them swimming close to shore with their dorsal fin sticking out of the water.

Last month during our 2 tank dive trip, Lindy a diver from the US was telling me that she went snorkeling along the reef starting from her water villa. However she was worried to go again on her own, as she had encountered huge blacktip reef shark that came way too close. Strengths is in numbers, so the following day I joined her to go snorkeling with blacktip reef sharks. Just 1 minute before we encountered the shark she lifted her head out of the water to tell me ‘around this area I saw the shark’ and the next minute he was there. Lindy was right, he was pretty big and curious but now the next question arises, are they territorial? And in fact, they are. Studies show that they patrol a home range of .55sqkm and can grow to a maximum size of 1.6m.

March 2021 is now the new schedule for shark geneticist Gibbs Kuguru to start his study on Leucism in Blacktip Reef Sharks. We can’t wait and are really looking forward to be part of and help him with his research. If you would like to learn more about his research check out our blog from June.

Just before Christmas Anke from the Shark Project Switzerland was diving with us here at Brennia Kottefaru. During our dives together we saw nurse sharks, grey reef sharks and a white tip reef shark. Although Anke is an avid shark conservationist, she was just as happy to spot the critters. She is planning to visit us again in 2021 at Kihaa Maldives to see how the shark research is progressing as the Shark Project Switzerland is one of the sponsors for Gibbs’ research.

Dolphin Spotting in the Maldives
Who are Nataliia Dobrynska & Katja Fenn?
Latest News
Follow us on Social Media
FacebookTwitterInstagramGoogle+Rss