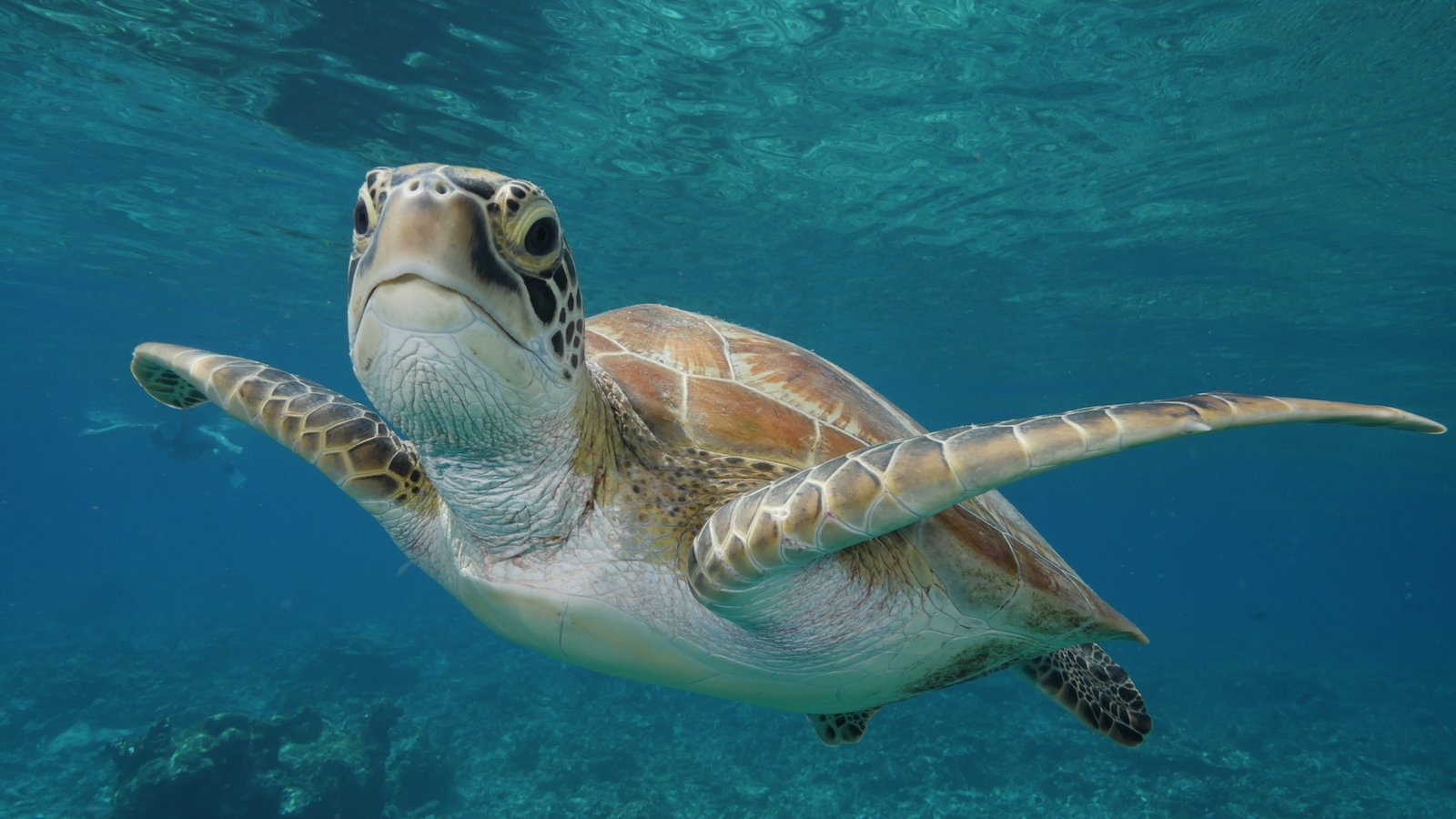 Today, 23rd of May is World Turtle Day, an event created by The American Tortoise Rescue in 2000 and is now celebrated throughout the world. The aim is to raise awareness and encourage people to take action to protect them.

This year, we have decided to celebrate the World Turtle Day with this little article and also a presentation to our in-house guests. So let’s get it started!

We can define turtle as any reptile with a body encased in a bony shell. They can be divided in 3 groups:

For this article we will focus on sea turtles, as this is our area of expertise.

There are 7 species of sea turtles:

6 of the 7 species are in risk of extinction, but scientists believe that the Flatback might also be in danger. There is just not enough data to determine it.

Here in Maldives we mostly see the Green and the Hawksbill turtles, but Loggerheads and Leatherbacks have also been spotted in Maldivian waters. Olive Ridleys are also around in big numbers but as they are pelagic turtles they are rarely seen by divers or snorkelers. Sadly, on the rare encounters, we usually find them entangled in drifting ghost fishing nets.

Unfortunately, entanglement in fishing nets is not the only threat to these beautiful creatures. Plastic pollution, coastal development and human consumption of their eggs, meat and shell also pose a serious threat.

How can we help?