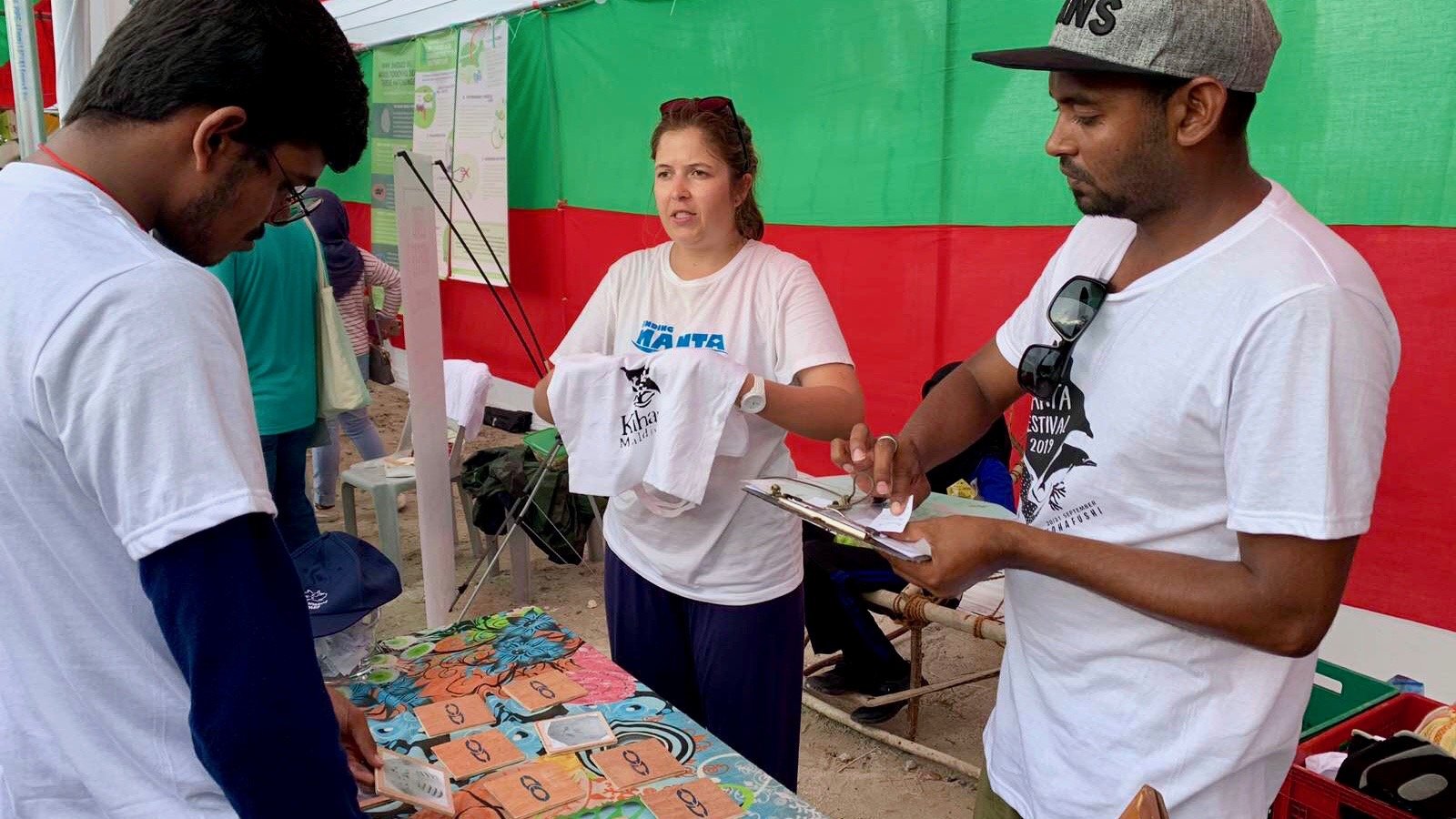 For the second time around the Manta Festival was held here in the UNESCO Biosphere Reserve of the Baa Atoll. In 2018 the one day event was organized for the first time on the local island of Dharavandhoo and with all the speeches, presentations, games, music, dancing, education, snorkelling and of course with more ideas for the next festival, it seemed that there was just not enough time in one day. This year the festival was extended to 2 days and took place from the 20th and 21st of September on the capital island of the Baa Atoll, Eydhafushi.

All of last years’ participants were keen to join again and so were we! The aim of the festival is to educate the children and public about marine life, raise awareness of marine conservation, and preserving the ocean by keeping it clean. 14 resorts as well as 14 schools from four different atolls took part in the festival along with some Maldivian and international organizations, including Parley for the Oceans, Zero Waste Maldives, Atoll Marine Centre, plus many more!

Resorts that participated were assigned a local school to take on some exciting snorkelling trips. Initially we took the students from Dhonfanu school on a practice snorkel along their house reef. One week later, which happened to be full moon and therefore the best time for plankton bloom, we went together to the famous Hanifaru Bay. For some students it was the first time they saw manta rays – can you imagine the excitement.

We also helped with transport to and from the festival. For a stage performance the students had made a huge whale and a equally big dhoni (local boat) for the festival out of re-cycled materials. Luckily we had enough space on the sun deck of our boat to transport the art craft to the festival.

Fun activities at the festival included:

Together with Kihaa Maldives Resort we organized a memory game at our stand. The students had to look at manta identification photos (a manta belly) and match up the markings. The students with the best memory won prizes like our logo t-shirts and hats as well as re-useable bags made out of recycled bed linen that the children could paint on.

Again the festival was a great success, full of smiles and fun! We can’t wait for the next one in 2020.