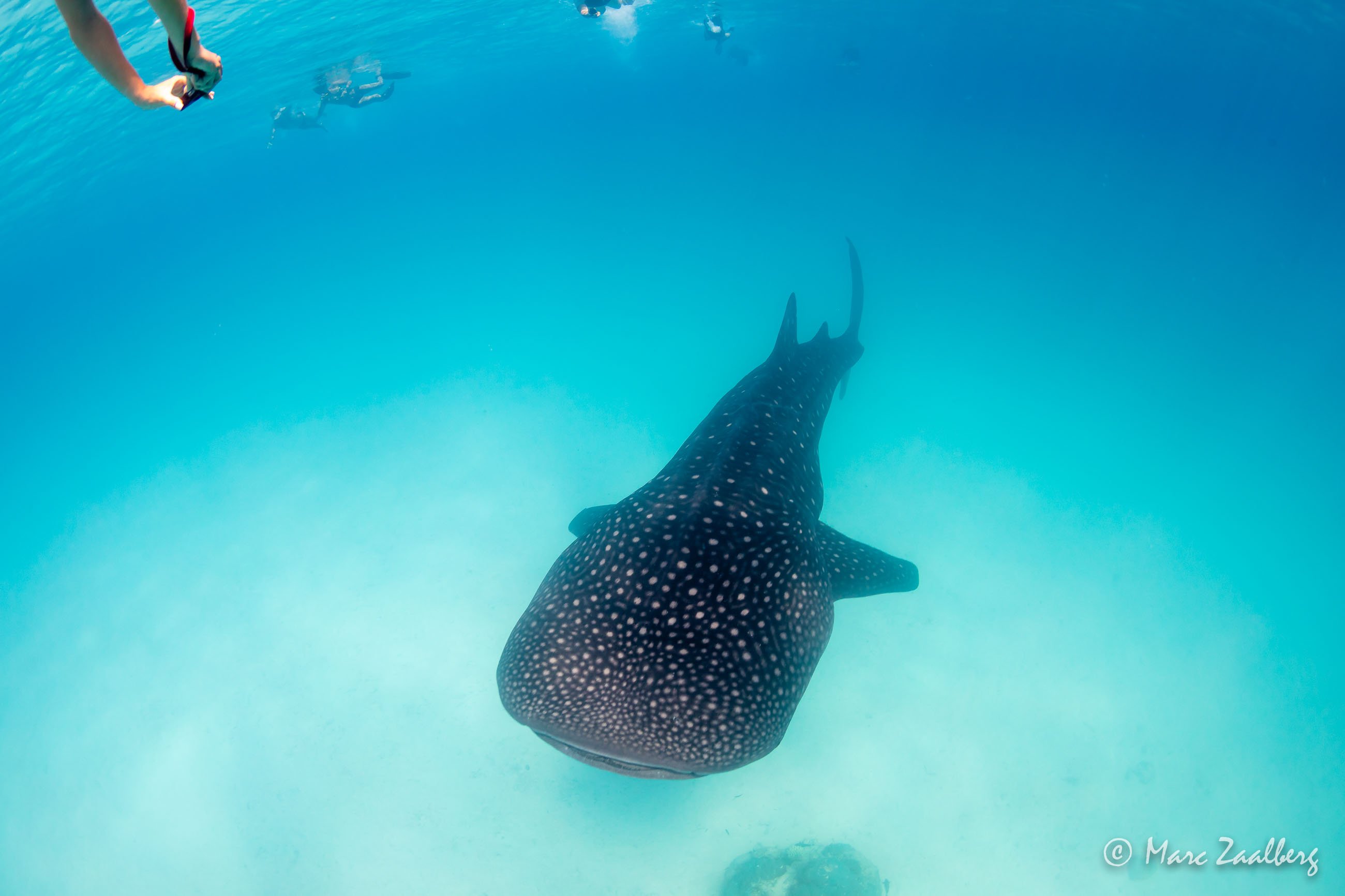 Plenty of whaleshark encounters this September! Some encounters were long, up to 20 minutes and some were short. But no matter how long the whaleshark sticks around for, seeing one is definitely a highlight for guests as well as our guides!! These encounters have happened on both our diving and snorkelling excursions.

On some occasions we received a message that there was one around on other occasions we were just in the right place at the right time. The first encounter was on the way to our sandbank snorkel excursion. The boat crew saw something in the water, slowed right down and quickly discovered it was a whaleshark fin. The guests were super lucky to see not only one but two whalesharks and eight mantas feeding!

The following week we received a message just before heading out on our Finding Manta snorkel excursion about a whaleshark sighting at Angafaru Lagoon and of course we took a slight detour before heading to Hanifaru Bay! On this trip the guests were spoiled for choice, first a whale shark at Angafaru and later 30+ mantas in Hanifaru Bay.

Finally while diving on Dhonfanu house reef we had an unforgettable experience. While watching nine mantas feeding in an abundance of plankton, we were greeted by an oceanic manta and a hungry whaleshark. The young male hung around feeding on the plankton soup for 20 minutes giving the divers an incredible show. During this encounter we were able to take photos of both the left and right side of the whaleshark which are necessary for identification.

We sent those photos to the Maldives Whaleshark Research Project and by looking at the markings around the gills they were able to identify him as ‘Gas’. Gas is a juvenile male who was first sighted in 2017 and has been photographed a total of 9 times in 3 different Atolls since. With additional information from our sighting like location, time, depth, and how many divers and boats there were in the area, this encounter was able to be uploaded to the Big Fish Network. This network records whale sharks encounters and allows guests to follow ‘their’ whalesharks and find out where it has been and what it is up to. It also provides necessary data towards further whaleshark research in not only the Maldives but the world. Each sighting is extremely important as still not a lot is known about these friendly gentle giants.