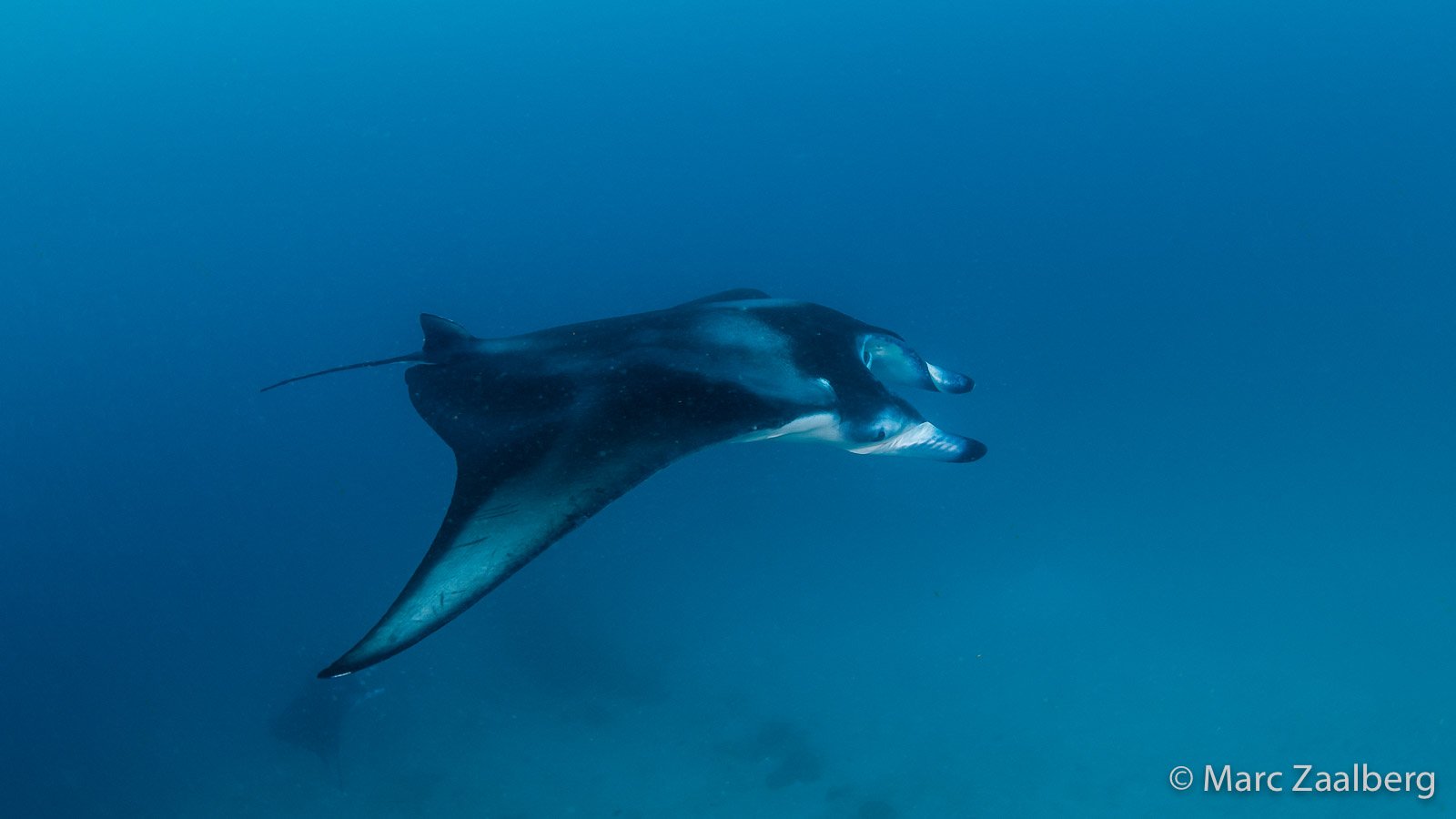 So far this years’ manta season has been great!

Our manta season in the UNESCO Biosphere Reserve of the Baa Atoll officially runs from May through to November. With few sightings in May and November and normally peaking around July and August. We usually say that June is when we start to see more mantas around… but not this year! Already in May there was a mass cyclone feeding event in Hanifaru Bay with over 150 mantas! Nature always has a surprise for us in store.

Also, our local cleaner station dive sites are back in action. When not feeding the mantas visit the nearby reefs to rid themselves of parasites to give the cleaner wrasse a feast. On a few dive sites we had manta encounters almost daily. Sometimes with just one or two mantas, some with upwards of 10 mantas sticking around for the whole dive.

For whale sharks we say you need to be VERY lucky to see them. So far this season we have been lucky, with already several encounters. We have had at least one (sometimes two or three) sightings each month! Our encounters have been both while diving and snorkelling.  We also know that some whale sharks have been visiting Hanifaru Bay, even right at the beginning of the season in May.

We are hoping that the rest of the season will be as good as the beginning! Come join us for some manta madness.