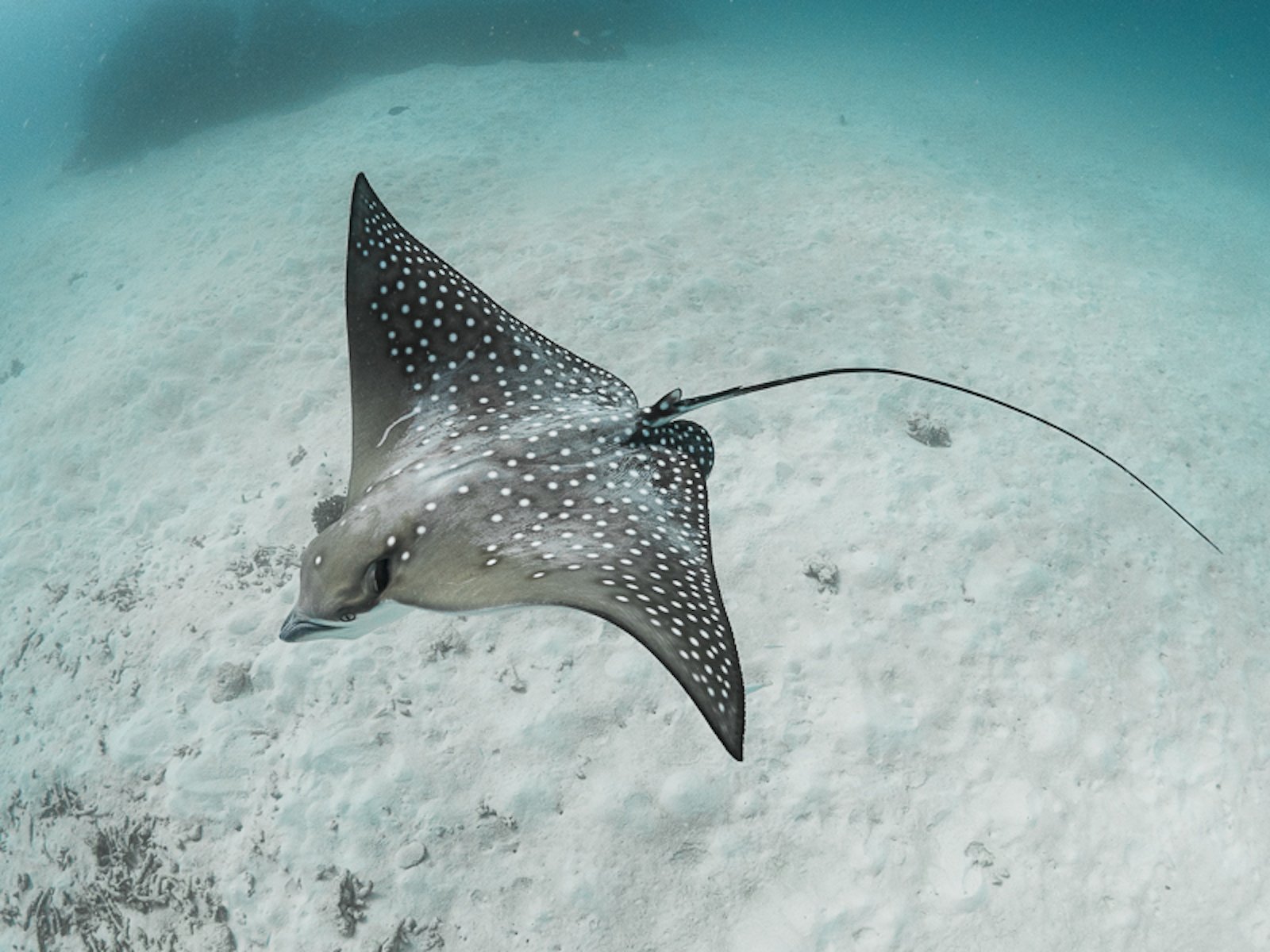 Surrounding most islands in the Maldives are shallow lagoons, getting onto the island is often difficult without a jetty. On resort or tourist islands there are usually a few jetties over these lagoons, used for water villas, arrival/departure jetties, and even supply jetties.

Jetties allow us to view the oceans from above. They are great for spotting fish, rays, and other ocean life. This past month we have had a lot of action along our jetties and in our lagoons! Here are our recent Jetty and Lagoon finds :

Along our diving jetty at Kihaa we were watching a pair of squid. They were seen in the same spot over several days. We watched as they both dart under the same rock over and over again. We think that the female was laying eggs.

A few days later we spotted a single cuttle fish resting on the bottom of the lagoon. This actually prompted our last blog ‘Squid or Cuttle fish’. We jumped in the water and got a video before it swam away.

Baby blacktips swimming along the shores of lagoons are common. We were treated to a show, with many showing up along our jetty, due to a school of small fish. They were practicing their hunting skills for when they are older. This behaviour was pretty awesome to see, the shapes the school of fish made as the sharks swam through them was mesmerising. Watch the drone footage here.

We saw a porcupine ray feeding along the water villa jetty. It was digging around in the sand. If you want to know more about this species of ray, check out our ray blog.

We have had bioluminescence plankton crashing in the waves around Kihaa. We got a tip off from one of the boat crew that he had seen some one evening. The next night we went for a walk after dinner and found some around the arrival jetty.

At Brennia our dive centre is halfway along the arrival jetty. This providing stunning views both above and below the ocean. We are always on the look out while walking to and from work. We commonly see eagle rays, sharks, and love watching the ever-changing schools of fish that shelter under the jetty.

Our guys at Brennia were so lucky, they spotted not one but two Guitar sharks!! We saw the sharks cruising along under the jetty, and we followed them along the shore. This was a real treat as guitar sharks are not very common.

While doing the skills for a resort dive, a baby batfish was spotted. It was so young and tiny that it looked more like a leaf fish.

When you are here on holiday take some time to wander out along the jetties, you never know what you’ll see!