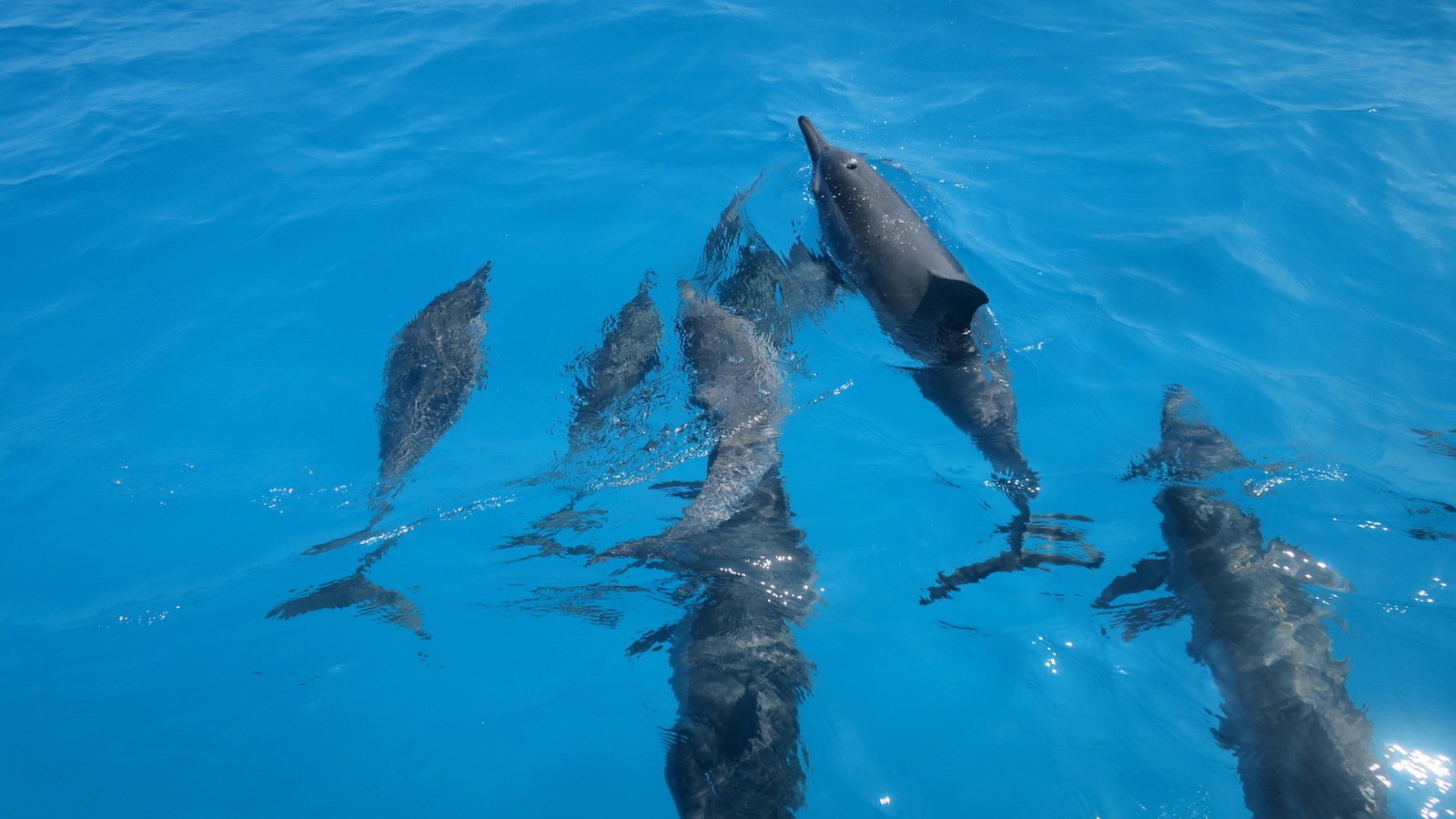 We have been in the Maldives for 20 years and this is our first year in the Baa Atoll. We have dived in the Lhaviyani , South Ari, North & South Male and Laamu Atolls but we have never had as many underwater dolphins encounters as we are having here at the moment, in this region of Baa Atoll.

It all started in the beginning of March when Joerg had the first dolphin encounter at Hibalidhoo Wall. A few days later,  at Turtle Reef, we had our next dolphin encounter, together with our first Kihaa Maldives diving repeater guests and guide Oleg.

Alex and Abdul had an encounter at Hanifaru Rocks, where they saw a bottlenose dolphin after a successful hunt with a fish in its mouth ready to eat.

On another occasion the dolphins were already playing around the boat when we arrived at our dive site. We quickly became experts at getting into our dive equipment at top speed. We jumped in and saw the dolphin family, including a mother and her young for the first few minutes of our dive at Dhigali Haa.

Together with a Swiss Ocean Dimensions repeater guest family we saw dolphins at Hanifaru Thila, where the encounter lasted at least 20 minutes with a group of dolphins coming back several times.

On some of our encounters we saw just this one bottlenose dolphin. We somehow believe he must be expelled from his group and likes to hang around with divers for some company as usually this type of dolphin lives in groups of 10 – 30 members.

Underwater we mainly see bottlenose dolphins but at the surface we also had and still have many encounters with spinner dolphins who swim along with the boat to play in the bow wave.

There are 40 species of dolphins.

Their closest relative is the hippopotamus having diverged about 40 million years ago.

Usually the male is larger than the female.

The deepest dive recorded for a bottlenose dolphin is 300 m.

They hunt alone or in pods using echolocation.

Their hearing is adapted for both air and water.

They feed on fish and squid.

Calves are typically born in the spring and summer months.

Dolphins produce a variety of vocalizations in the form of clicks, squeaks and whistles.

Dolphins are in danger from hunting, bycatch, habitat loss and marine pollution. Some are also kept in captivity and trained to perform tricks.

We can only hope to keep having these lucky encounters in the future.