Dolphin Spotting in the Maldives 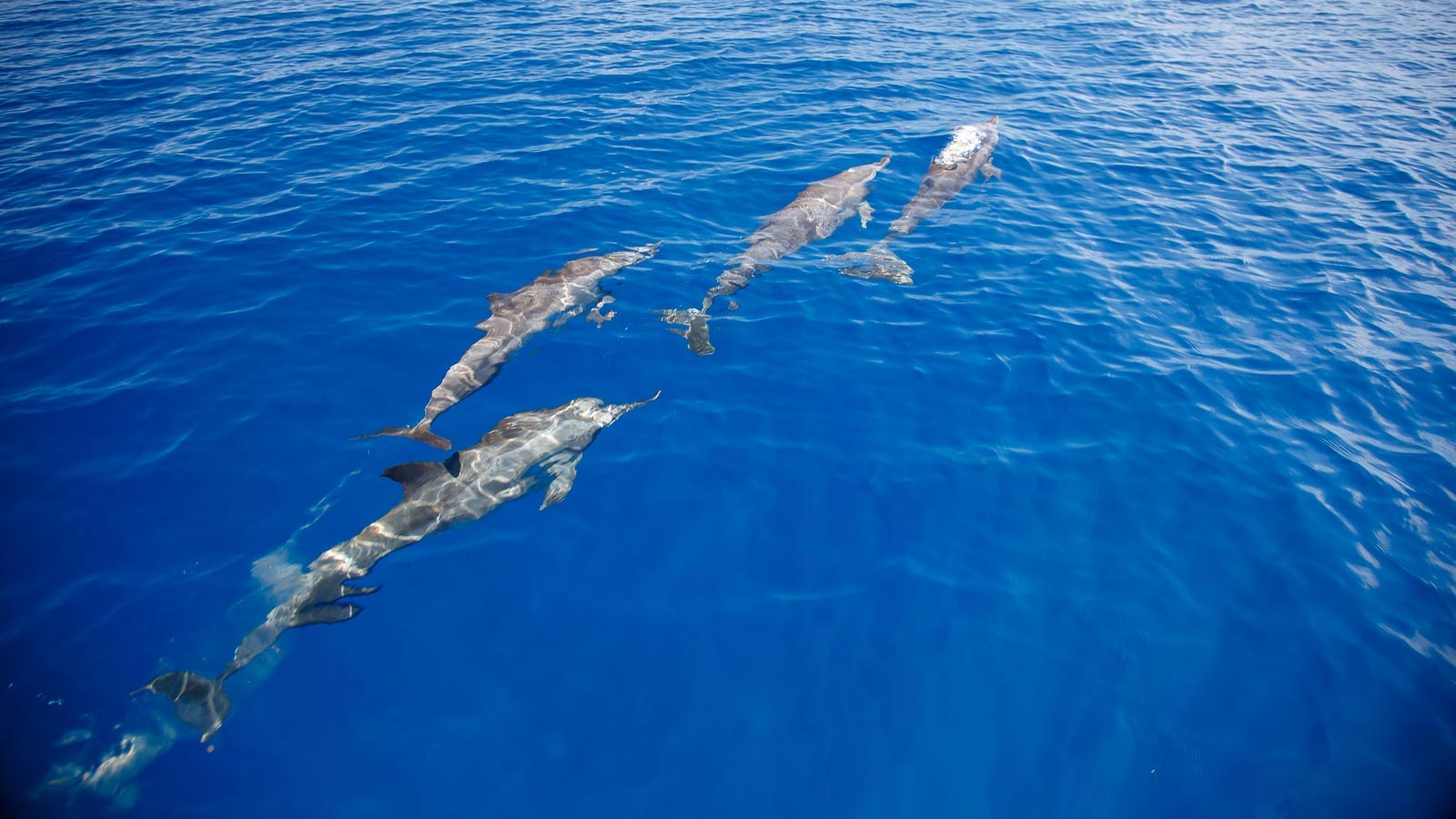 Dolphin Spotting in the Maldives

In the Maldives dolphin spotting is very easy. There are 38 oceanic dolphins, for example the Dusky, Hourglass, Risso, Hector and the Irrawaddy dolphin. Here in the Maldives we mainly see the Spinner and the Bottlenose dolphins. At both our resorts Brennia in Raa Atoll and Kihaa in Baa Atoll you have the chance to see dolphins directly from your villa. The resorts are on the dolphin’s natural path to their hunting grounds beyond the edge of the Atoll. In the late afternoon they are on their way out and in the evening on their way back into the Atoll to rest. During our diving and snorkelling excursions you have the best chances for dolphin spotting in the Maldives.

The Dolphin Code of Conduct explains how to behave around dolphins. The captain has to approach slowly and not drive through the pod of dolphins but instead approach them from the side. Keep a safe distance for the dolphins. And the one that surprised me – avoid making noises. I used to whistle and make some crazy high pitched sounds to attract them but in fact it disturbs them as they have extremely good hearing.

Dolphin safe labels attempt to reassure consumers that fish and other marine products have been caught in a marine friendly way. In the Maldives the traditional way of catching tuna is by pole and line, hooking one fish at the time. This technique is believed to be the most sustainable method of fishing in the world. Next time you are in your local supermarket look out for cans of dolphin free tuna from the Maldives!