The secret life of moray eels 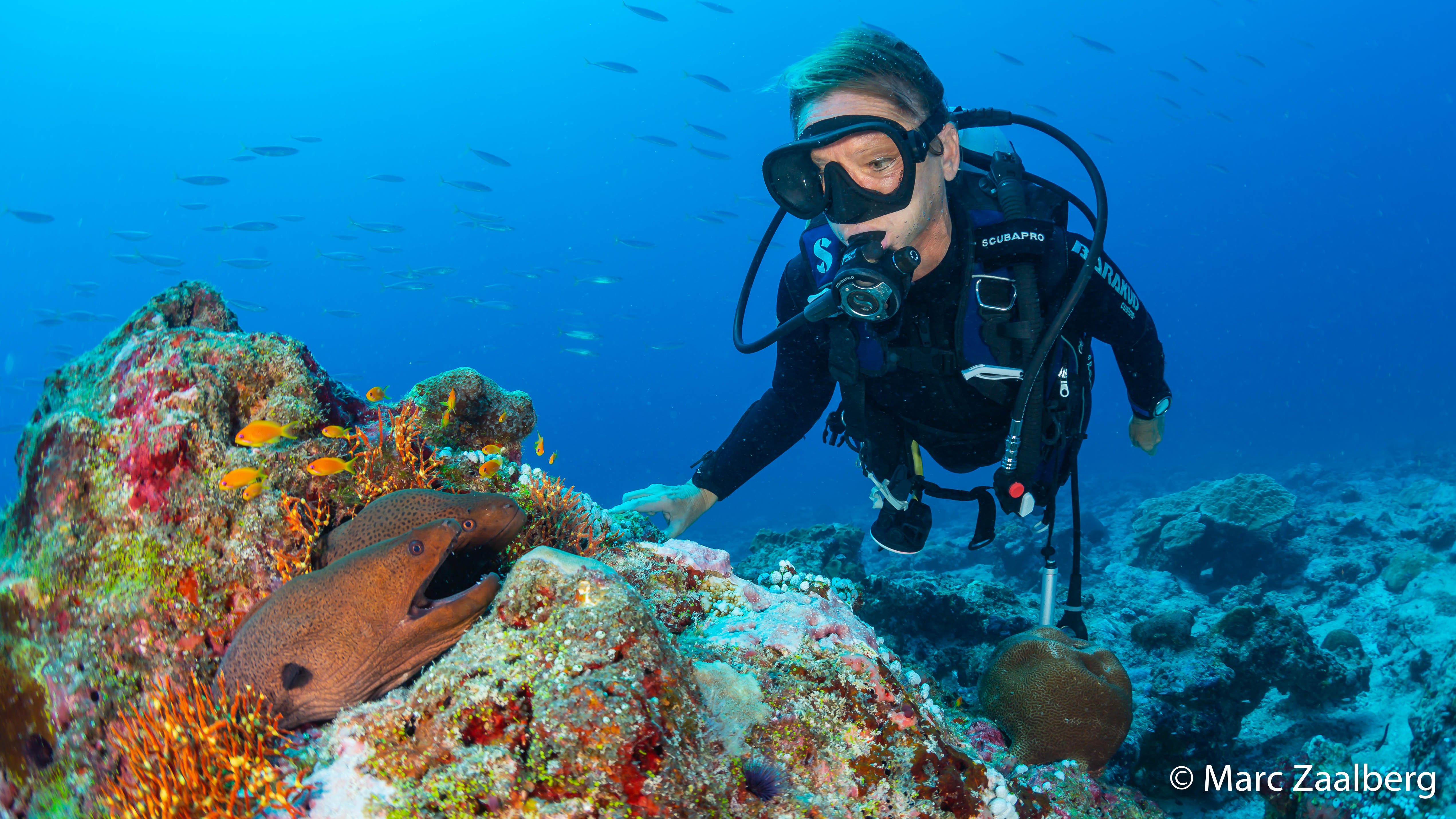 Have you ever seen two or more moray eels sharing the same hole? Have you ever wondered why? Recently we had some guests that were really curious about it.

We have asked Ariana, our marine biologist, to investigate for us. Well after some research she still couldn’t find the answer, and found out that there isn’t a whole lot known about morays. But here is what we discovered.

It is highly unlikely that mating is the answer. This because sometimes its two different species sharing the same hole, and they wouldn’t be able to produce any offspring. Did you know there are over 200 species of moray eels!

Being related is not an option either, this because morays either lay eggs in sheltered protected areas or release them out into the water column. Either way, the eggs will have a free-living larval stage where they will drift around with the currents until they are ready to settle, normally in a completely different area to where they were first released.

Protection, while they are hidden in their hole nothing will predate on them. They are only in danger while out hunting, and even then, not many animals will take on a moray. This is because they have very sharp backward pointing teeth meaning that once they have bitten something it is much harder to release. Morays actually have two sets of jaws, one at the front and one towards the back this second set helps to pull and push prey down as they normally swallow fish whole.

Giant morays have actually been seen working together with groupers to hunt. It has been observed that groupers will approach morays for help when prey fish are hiding in between rocks. The groupers cannot reach these fish but the morays can. Groupers will lead the morays to the correct area and perform a ‘headstand’ like motion to indicate where the fish are hiding. The moray will then go and flush all the small fish out. Resulting in food for both species.

On our house reef we have many different species of morays, especially the ones that like to share holes, which remains a mystery to us.